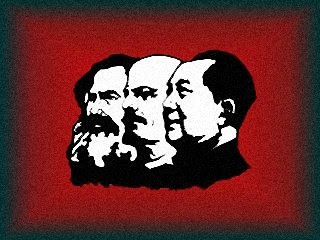 The Nepalese Armed Lackeys, a Contingent of Occupying Forces in Afghanistan

2- Under the previous government of Nepal, Nepalese armed forces in Afghanistan worked only with the American private security companies. Now, in Shindand Airport they are under the direct command of the US “Special Forces”. In Kandahar, they “work” with Canadian forces, at PRT headquarter in Ghazni they are associated with Polish forces, in Kabul and other regions they are linked with the American private security companies. They are not stationed in a specific location for a specific “mission”; rather they are moved from place to place, hired to render various “tasks”.
Our Party as a participant of the 6th Conference of CCOMPOSA(2) – see the report in Shola Jawid No. 18, January 2007 – in addition to raising other issues in the Conference, emanated the presence of Nepalese armed forces in Afghanistan as a serious issue. We demanded the CPN (M) to pay close attention to deployment of Nepalese forces out from Afghanistan. The CPN (M) promised to launch serious efforts for taking action.
Almost one year after the “6th Conference of CCOMPOSA”, the CPN (M) declared the "COMMITMENT PAPER… FOR THE CONSTITUENT ASSEMBLY ELECTION". During that one year no measure - neither in word nor in deed - was taken by the CPN (M) to deliver what was promised in the Conference. So declaration of the " COMMITMENT PAPERS … " did not help stop “breaking promises”.
Before reviewing the “COMMITMENT PAPER … FOR THE CONSTITUENT ASSEMBLY ELECTION", it was incomprehensible for us why a communist Maoist party, seriously committed to proletarian internationalism, would agree the citizens of its country participate in imperialist occupation and practically execute the plans led by the US imperialism.
Several weeks after the Election, when we read the content of the "COMMITMENT PAPER … FOR THE CONSTITUENT ASSEMBLY ELECTION", we were surprised to see what was promised in the 6th Conference has been completely ignored. In part four of the “COMMITMENT PAPER…" the GorKha recruitment has been mentioned only in passing - without clearly discussing or opposing the presence of Nepalese armed lackeys in Iraq and Afghanistan.
The passage reads: "3. Gorkha Recruitment Centre: The shameful tradition like Gorkha recruitment centre, in which Nepali citizens are recruited in foreign army, should be ended and, reverent and productive employment should be arranged for them within the country. On this, creating public opinion and helpful environment, necessary steps will be taken up. "
This topic is discussed under a major title “Vision of CPN (Maoist): Establishment of Prosperous New Republican Nepal", subtitled under “Question of Nationalism and International Relation". In other words, “COMMITMENT PAPER…" approaches the issue of GorKha recruitment from a narrow nationalist perspective. By reading the sentence carefully one can clearly see that the tradition of Nepalese recruitment by foreign armies is discussed in the context of Nepalese “national pride" and this type of "employment" is called dishonorable. Certainly that is right!
But paying attention only to the dishonorable aspect of the "employment" is only one obvious aspect of the tradition – the remark fails to offer an in-depth explanation how shameful this tradition really is. The true disgrace of this tradition can be described only if it is explained in the context of proletarian internationalism, not merely from the perspective of narrow nationalism.

Furthermore, the CPN (M) position in the “COMMITMENT PAPER …” - calling the Gorkha recruitment center overall as “shameful” - does not clearly and specifically put finger on the presence of Nepalese armed lackeys in Afghanistan and Iraq; neither it deciphers how it serves the imperialist campaign led by the US occupying forces.

The “shameful tradition of Gorkha recruitment center ” is an ancient one that dates back to the British colonialism in the Indian Continent. After independence of India, the Nepalese paid-soldiers not only continued to provide service to Britain, but India also started to hire the Gorkha soldiers. In fact, one of the first infamous Indian army units was the “Gorkha Regiment”. Refugees migrating from northern India to Pakistan, during formation of Pakistan, have bitter memories of brutality of the “Regiment”. These units still exist in India.

Although the “shameful tradition” is a tradition of the past, in the context of present situation, it is quite brand new. What makes it “new” is the seal specifically put on it by the UN, approving it to be used in Afghanistan.
We had no illusion or expectation in the past, nor we would have in the future, that feudal-comprador constituents of the new government of Nepal – forces like Nepalese Congress, the revisionist United Marxist-Leninist who served the Royal Nepal Army and the US imperialists – deploy forces out of Afghanistan. However, the CPN (M) a participant of the Revolutionary Internationalist Movement, a signatory of two important documents of 1993 (On the International Situation) and 2000 the “Millennium Resolution”, and as an important host and organizer of the 6th Conference of CCOMPOSA who promised to launch a vigorous campaign for deployment of Nepalese armed lackeys from Afghanistan - has no right to agree with and/or practically serve the imperialist occupiers.
Currently, the Chairman of the CPN (M) is the Prime Minister of Nepal. The Ministry of Defense belongs to a leader of the CPN (M). The Ministry of Finance and other critical positions in the cabinet belong to the CPN (M). In short, the coalition government is under the leadership of the CPN (M). However, the citizens of this government is a part and parcel of occupying forces in Afghanistan and in Iraq – a party that led Peoples War for ten years in Nepal - now shamefully agrees with the occupation forces and implements their plans!
Our party in its internal debates, when launching campaign in defense of revolution in Nepal, indicated that this issue will not be debated internally after the election of the Constituent Assembly in Nepal. Some debates are already surfacing openly in the Revolutionary Internationalist Movement. Still we may need to discuss some ideological and political issues internally. However, agreement of the CPN (M) on Nepalese citizens to serve along with imperialist contingency forces in Afghanistan and Iraq must be vigorously and openly contested and exposed.
The CPN (M) is in a position – if she desires so – to end the shameful situation of presence of Nepalese citizens along with the occupying forces in Afghanistan and Iraq immediately once and for all. We believe no preparation is needed for creating public opinion around this issue, nor more time is needed for creating respectable employment inside Nepal for deployment of its citizen from Afghanistan and Iraq. This issue has an immediate solution, should the CPN (M) take immediate measures to this end.

We are of the opinion all participants of the Revolutionary Internationalist Movement, including the CPN (M), pay immediate attention to this urgent issue. The current embarrassing situation has raised questions around the international alignment of CPN (M) in its entirety, especially on its connection with the aggressive campaign of occupation forces under the leadership of US imperialists. If this disgrace continues on, and a serious struggle for ending the situation is not decisively launched, the present silence makes all participants of RIM - first and foremost our Party and the CPN (M) - responsible for atrocities that imperialists are committing against people. We must launch a fierce struggle on this issue as an integral part of line struggle against the current CPN (M) line, whose hideous ugliness is now openly reflected in the presence of Nepalese armed lackeys in Afghanistan along the imperialist occupying forces.

We especially ask members of the CPN (M), the Communist Youth League, the warriors of PLA, all guerilla forces and mass organizations under the leadership of the CPN(M), to bear pressure on the leadership of this Party and the government under its leadership to end this shameful situation. Otherwise, Nepalese lackey armed forces, just as they are spilling the blood of masses in Afghanistan in the interest of imperialist invaders, soon they will spill the blood of the members of the Communist (Maoist) Party of Afghanistan, along with the blood of all masses related to our Party.
The Central Committee of the Communist (Maoist) Party of Afghanistan
MARCH 2009
(1) PRT stands for Provincial Reconstruction Team – a coalition of US-NATO vigilantes stationed in the villages and countryside of Afghanistan for spying rather than reconstruction.