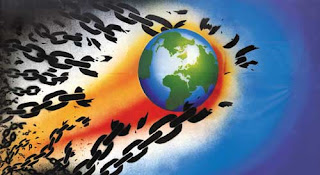 The Conviction of Comrade Asit is a Brazen Violation of Justice

A court in Raipur (Chattisgarh) has convicted comrade: Asit Kumar Sengupta on two charges including sedition and sentenced him to three and eight years imprisonment. This comes after the three years he has already been forced to be in jail after being arrested on trumped up charges, denied the right of bail. He was the President of Struggle India, an all-India forum of struggling mass organisations, at the time of his arrest. Comrade Asit was active in the publishing and propagation of Maoist literature through Poorvaiya Publications. He had been legally responsible for the publication of the revolutionary internationalist journal A World To Win. All of these activities were perfectly legal, registered activities. Not a single one of these publications were banned. Yet the court has declared that he was involved in illegal activities despite the flimsiness of the evidence paraded by the state prosecutor, including published books seized from his house, were cooked up.

Such brazen violation of justice is the truth of the legal system in India. Recently, some factions of the ruling classes have themselves been forced to express disagreement publicly through their media. This was done in relation to the life sentence given to the noted human rights activist Dr. Binayak Sen by another Raipur court on the same day as comrade Asit was convicted. Evidently, it is not concern for justice but fear that motivates them, the fear that their trumpeting of India as the largest democracy in the world will be severely exposed by such openly biased functioning of its judiciary.

The arrest and trumped up charges against comrade Asit, Dr. Binayak Sen and many other public figures were opening moves, preparations, for the assault launched by the Indian state on the revolutionary masses, the so-called Operation Green Hunt. It was essential for the ruling classes that all public protest, all people who could give voice openly against this inhuman war of the Indian state against the people, are silenced. But despite the killings, rapes, arrests, torture, intimidations and detentions of many, the opposition to Operation Green Hunt has only strengthened. The polarisation of pro-people forces against the reactionaries has deepened. The peoples war led by the CPI (Maoist) and the preparations of other Maoist parties to open new fronts forges on. The people will triumph!