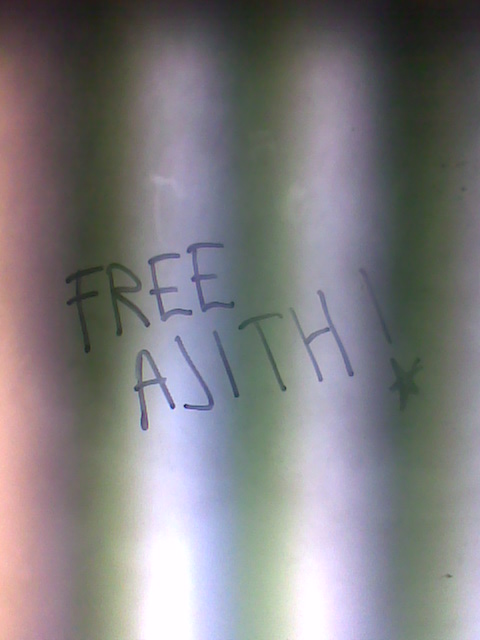 . The reactionary Indian state under the leadership of Hindu fascists has intensified its repression against the masses of the people and the revolutionary people’s war in India. A new and more brutal phase of the Operation Green Hunt is underway, which in the words of Arundathi Roy is a “scorch the earth” war of burning entire villages, wholesale murder, rapes, and other despicable crimes against humanity.
Furthermore, a campaign of witch-hunt and repression is being waged across India to silence and suffocate the voices that question, expose and resist government’s brutal anti-people military campaigns and its gross violations of human rights. In this too, the reactionary state and the fascists currently in charge of it, heavy-handedly and shamelessly, are targeting political activists, intellectuals, and academics who dare to question their anti-people policies, without fear of being damned in the court of public opinion. The imperialist powers are complicit with and supportive of the war of the Indian state against the masses of the people and the revolutionary people’s war. It is thus that the international human rights watchdogs tied to the imperialist institutions are for the most part silent over the atrocities of the Indian state and its gross human rights violations.
On May 9 2014 the repressive forces of the Indian state kidnapped a paralyzed and wheelchair bounded academic, G. N. Saibaba, and put him behind bars. Exactly, one year later on May 9 2015 Indian fascist police arrested another political activist and revolutionary intellectual, comrade Ajith, while he was undergoing treatment for a bypass surgery in a Hospital in Pune. Reports suggest both G. N. Saibaba and comrade Ajith are suffering from multiple health issues. It is the plan of the reactionary Indian state that both comrades suffer a slow death behind bars, which is parallel to state’s policy of murder of the revolutionaries in fake police encounters.
All these atrocities are being committed to make India a safe heaven for profit extraction and capital accumulation for multinational corporations and the Indian feudal and comprador classes. The struggle being waged in India and its revolutionary people’s war is part of and the cutting edge of the global struggle for new-democracy, socialism and communism, and against semi-feudalism, capitalism, and imperialism. It is the internationalist responsibility of the revolutionaries around the world to fight, expose and resist the crimes of the Indian state and the complicity of the imperialist powers with it and stand beside the revolutionary movement in India.
Comrades!
Over the past years, particularly since the conference in Hamburg, the solidarity with the revolutionary people’s war in India has made some progress.The international revolutionary movement should strive to build a strong global solidarity movement with the revolutionary people’s war in India. But honestly it really has not been enough.  We should make serious attempts to broaden the coalition and unite all those forces that can be united in building a broader global solidarity movement capable of frequent and regular political actions. The international revolutionary movement should make it difficult for the reactionary Indian state to easily get away with the atrocities against the masses of people, the incarceration and murder of revolutionaries and its other brutal anti-people crimes.
We are pleased that ICSPWI endorsed our statement, “Fight for the Release of Comrade Ajith.” We hope this meeting would come with extensive plans of initiating a global campaign of struggle for the release of comrade Ajith and all other political prisoners. Our committee have contacted forces in Pakistan, thus, now we are a committee in support of the revolutionary people’s war in India in both Afghanistan and Pakistan. We will strive for the expansion of the committee and its activities in these two countries.
Let us commit ourselves for building a strong global solidarity movement with the people’s war in India and exposing and resisting the crimes of the Indian state!
Let us strive to shake heaven and earth for fight to release comrade Ajith and all other political prisoners!
Long live revolutionary people’s war in India!
Long live Communist Party of India (Maoist)!
Down with the reactionary Indian state!