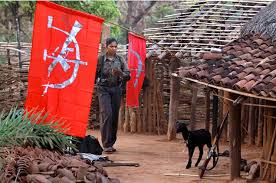 Let us Raise Voice Against the Russia's War of Aggression on Ukrain! Let us root out Imperialism to bring real peace in the World


Dear Comrades,
Red Salutes!
I firstly convey my revolutionary greetings to all the concerned, on behalf of the
Central Committee of CPI (Maoist) on the occasion of International Working-class women’s day. I thank you for the support you have been extending to us against the military offensive of the Brahmanic Hindutva Fascist government of our country on the ongoing revolutionary movement in the leadership of our Party.
We are now amidst war. Russia started a war of aggression on 24th February on
Ukraine. This is a manifestation of intensifying inter-imperialist rivalry. The war is going to be utmost devastating with hundreds of people dying every day. Many cities of Ukraine including the capital city Kiev are being bombed. Bombing on nuclear reactors will lead to great destruction of the people for generations to come.
You are holding the International Working-class Women’s Day in this war atmosphere.
This should be a good opportunity for all of us to speak against the Imperialist warmongerers.
We hope the meeting shall convey the message to the oppressed and the working-class women and the entire oppressed classes and oppressed nationalities of the world to raise voice against Russia's aggressive war on Ukrain and demand to stop war immediately. We wish you would take up the demands to withdraw NATO and pass message to the families of the soldiers of member countries to demand their withdrawal from NATO. We wish you would also expose and fight against America's conspiracy in this issue. We should fight against imperialism to root it out from the earth to bring real peace in the world.
The present situation shows that imperialism is to be fought in a much stronger manner.
People of Ukraine and Russia have a legacy of fighting against Czar and the Nazis during World War II. They are now fighting against neo-Czars and neo-Nazis. We hope the meeting would give a call to the oppressed people of the countries to unite against war.
The proletariat of the world must provide leadership to the worldwide anti-imperialist struggles. The struggles must be in the direction of eliminating imperialism and establish world peace. Those must fight against burdening the people with war.
The burden of war falls mostly on women in more than one way. There will be a rise in sexual violence since this is one of the instruments of suppression for the imperialists, exploitive ruling classes and the state. We see that women are increasingly participating in all kinds of struggles.
There is no revolution without women. There is no liberation without revolution. The meeting must stand as a model for the struggling women and contribute to advance in the path.On the occasion we wish to bring to your notice about the condition of the women prisoners in India. There are hundreds of women prisoners starting from leaders to ordinary village women foisted with false cases. A member of the Central Committee of our Party Comrade Sheeladi has been arrested in 2021 November in Jharkhand together with her life partner, a member of the CC and the Polit Bureau Comrade Prasanth Bose (Kishanda).
Comrade Narmada, a member of Dandakaranya Special Zonal Committee was arrested in 2019 June while undergoing treatment for cancer. Comrade Narmada is presently in the cancer hospital in Mumbai without proper medical attention. The situation of women prisoners in India needs attention from various women, democratic, revolutionary organizations of the world. We hope that you are active in the campaign taken up by ICSPWI for the release of political prisoners.
We gained great strength when you extended solidarity at the time of the martyrdom of Comrade Ranita, the President of an Area level Revolutionary People’s Committee and at the time of elimination of staunch enemy of the people Mahendra Karma. The recent demonstration of one lakh women in Rome in protest to Modi’s visit really elated us. We hope this solidarity would strengthen further in the present situation. We hope the present meeting would help solidify your efforts and bring in more like-minded forces.
We wish all success to the meeting. Our hearty revolutionary greetings to one and all of the participants.