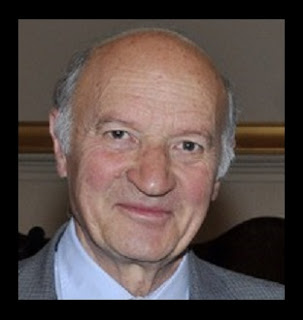 In Memoriam Domenico Losurdo
By Grover Furr
July 1, 2018
I first learned about Professor Domenico Losurdo, who died on June 28, because of his 2008 book Stalin: storia e critica di una leggenda nera (Stalin: History and Critique of a Black Legend) and the storm of protests against it published in 2009 in the pages of Liberazione, the newspaper of the Partito della Rifondazione Comunista.[1]
I read the attacks on Losurdo’s defense of Stalin with interest. My book on Nikita Khrushchev’s lies in his “Secret Speech” to the XX Party Congress of February 25, 1956, had just been published in Russian, in Moscow, in December 2008, as Antistalinskaia podlost’ (Moscow: Algoritm). The discovery that Khrushchev had evidently not been able to identify a single genuine “crime” of Stalin’s had led me to wonder whether there really were any such crimes.
So I obtained Losurdo’s book on Stalin, scanned it to PDF (I still have this copy), and studied it. I found Losurdo’s firm defense of Stalin, particularly on the basis of the Soviet Union’s and the Comintern’s fight against imperialism, to be a breath of fresh air, a sign that there were others who questioned the demonization of Stalin and the consequent rejection of the communist movement of the 20th century.
In 2012 Losurdo engaged French anticommunist scholar Nicolas Werth in a debate over Stalin.[2] I noticed something that Losurdo could not: that Werth was citing recent publications about collectivization of agriculture and the Soviet famine of 1932-33 in a dishonest manner. I wrote about this to Losurdo, who thanked me and put my remarks on his blog.[3]
In 2014 I was on a panel at the Left Forum in Manhattan, New York City. At the end of the panel a gentleman approached and introduced himself to me as Domenico Losurdo. Delighted, I introduced him to the still-full room as the renowned communist philosopher. In town to present a new book of his own, Losurdo had come to hear my talk!
An updated English version of my book on Khrushchev’s Secret Speech, Khrushchev Lied, had been published in 2011. Losurdo offered to introduce me to an Italian publisher, Città del Sole, and to write an introduction to the Italian translation. With his permission, Losurdo’s introduction appears in the Italian, German, and French editions. Losurdo graciously agreed to write a back-cover comment for my book The Murder of Sergei Kirov (2013) and a longer introduction to that book which remains unpublished.
Losurdo, as he himself always insisted, was a philosopher, not a historian. He did not read Russian. And in any case he would not have delved into the primary sources from the former Soviet archives that now permit us to see how fraudulent the anticommunist scholarship about Stalin, capitalist as well as Trotskyist, has always been and still is today.
But Losurdo was a deeply historical philosopher. Marxist philosophy is called dialectical and historical materialism. Losurdo’s deep knowledge of the history of the twentieth century, and particularly of the real horrors of imperialism on the part of the Western “democracies,” detailed and defended the role of the Stalin-era Soviet Union and the Communist International in combatting imperialism.
Losurdo surmised, as have many others, that the contradiction between the liberatory struggles led by the communist movement and endorsed by Stalin, and the purported “crimes” of Stalin, was too great. Something about this story did not make sense! He was right.
The purpose of philosophy, as Karl Marx wrote, was to change the world. We can add that the purpose of honest, materialist history is to learn the lessons, positive and negative, from the past, so we can contribute to those forces that are building a better, brighter world for future generations.
Above everything else Domenico Losurdo was a fighter for the truth. His contribution to the eventual liberation of the oppressed and exploited remains with us and with the generations of fighters that will come after us.

[1] The debate over Losurdo’s book can be found at the Internet Archive, at https://web.archive.org/web/20100116001009/http://letteresustalin.liberazione.it/  Liberazione stopped publication in 2014 and its web site is no longer on line.
[2] Werth’s contribution is here: http://www.lafauteadiderot.net/Staline-et-le-stalinisme-dans-l,854 ; Losurdo’s response is here: http://www.lafauteadiderot.net/Staline-et-le-stalinisme-dans-l,855
[3] See http://domenicolosurdo.blogspot.com/2013/01/lo-storico-statunitense-grover-furr.html


FOR DOMENICO LOSURDO WRITINGS AND SPEECHES