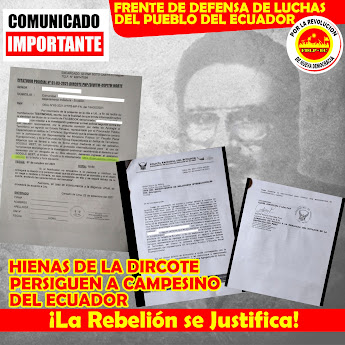 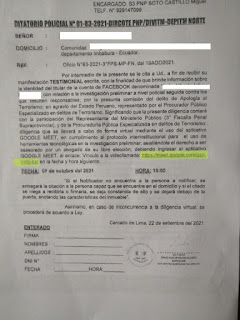 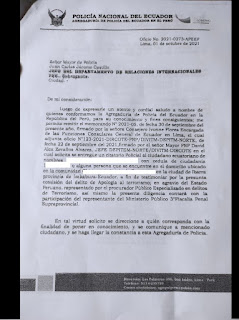 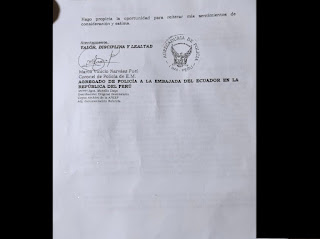 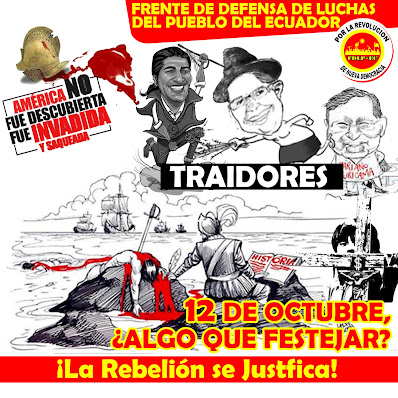 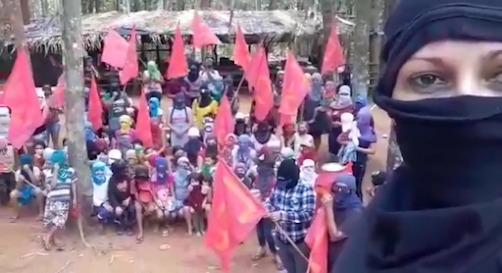 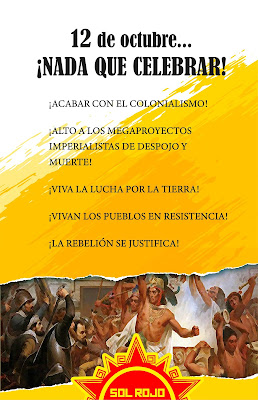 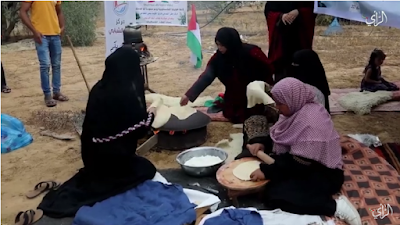 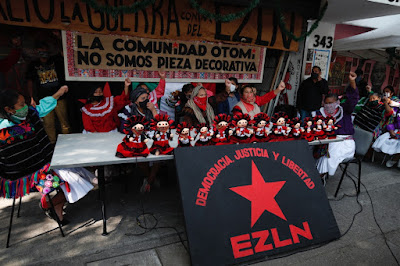 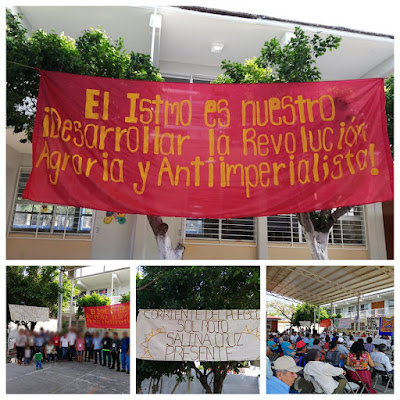 AFGANISTAN: Down with the Islamic Emirate of the Taliban (CMPA)

The Taliban has announced a purely clerical and male-only cabinet, consisting of the old and new leaders and commanders of the group. The Taliban had initially promised to form an “inclusive government.” Therefore, many remnants of the former puppet regime and the imperialist and reactionary powers, who had believed the Taliban, are disappointed. The inauguration ceremony scheduled for 11 September was canceled due to the reluctance of the invitees to participate. The Taliban seem to be struggling between their commitment to their narrow-minded and extremist ideology on the one hand and gaining international legitimacy on the other; they are also incapable of resolving the complex social problems of a fragmented society.

“Inclusive government”, for the Taliban, means the division of power among their leaders, commanders, and various branches, who see political power as the spoils of war. A Taliban spokesman stated in a press conference that “inclusive government” meant that the Taliban will “serve” all the people of Afghanistan. The Taliban consider themselves the victors of war and monopolizing political power as their right since they have sacrificed in the path of Islam. The internal divisions and contradictions of the Taliban also seem to have played an important role in determining the composition of their cabinet. To resolve their internal disputes Faiz Hamid, chief of Pakistan’s Inter-Service Intelligence, had to intervene. Pakistan's open involvement in the Taliban's internal disputes and the arrival of Faiz Hamid in Kabul were viewed similarly to the intervention of John Kerry, the US secretary of state, in the election of 2014 to resolve the dispute between Ashraf Ghani and Abdullah Abdullah. The power-mongering ambitions of the Taliban leaders and commanders is another problem that they face. In the previous puppet regime, the concessions and demands of the political elite for their share in political power had become the dominant mode of governance, which contributed to its eventual collapse. The Taliban, like any other force of the reactionary classes, is no exception, and they are also mired in cutthroat power ambitions at their top layers.

Regional and international supporters of the Taliban are concerned about the political isolation and complete economic collapse of the Taliban government, and the pressure and advice of these countries has failed to convince the Taliban to form an “inclusive government”, at least symbolically. The extremist, chauvinistic, and reactionary views, and most importantly the internal and tribal rivalries of the Taliban, do not allow them to align themselves with the minimum standards of the world today and to maintain normal relations with the countries of the world and the region. In the current world system, the Taliban government is an extremist and unusual government. For this reason, it seems difficult for the Taliban to free themselves from political and economic isolation.

Another issue that puts the Taliban in political isolation is the Taliban's links to al-Qaeda and other Islamic extremist groups in the region. The most important military wing of the Taliban regime is filled with people who have a history of cooperation and connection with al-Qaeda and are on the blacklist of the United Nations and the US government. Without the support of the US imperialists, the Taliban regime will remain isolated and will not be recognized by most countries. Given the economic situation in Afghanistan, where 80 percent of the government’s expenditures are dependent on foreign aid, there is a possibility that the economy will collapse due to sanctions on the Taliban regime by the United States and Europe. With the announcement of the Taliban cabinet, not only have the United States and its European allies announced that they are in no hurry to recognize the Taliban government, but even those countries close to the Taliban, namely Iran and Turkey, have explicitly stated that they do not recognize the Taliban government due to its lack of inclusiveness. While announcing its support for the Taliban, the Chinese Social-Imperialists have advised them to improve their relations with the world. Pakistan and Qatar, close supporters of the Taliban, have not yet recognized the Taliban and have warned the Taliban of the consequences of their non-inclusive government. Despite all of this, in the current situation, all reactionary and imperialist powers have no alternative to the Taliban. Apart from France and Tajikistan, which is tending to support the anti-Taliban "resistance" in Panjshir, other countries around the world, including the United States, are trying to “moderate” the Taliban through pressure and concessions. The Taliban, which has been nurtured by imperialists, wants relations with imperialist countries, including the US imperialists. The Taliban regime, even after taking power, has no economic plan and relies entirely on foreign aid.

The Taliban are caught between ideological commitment to establish a rigid theocracy based on Sharia law and the need for foreign financial support. With the US imperialists cutting off aid and freezing the assets of the Central Bank of Afghanistan, the Taliban's financial power has been completely eroded, and virtually all former civilian and military administrations are paralyzed. The short-term consequence of this is a severe recession of the economy and in the long-term complete collapse of the economy. The United Nations, international financial institutions, and imperialist countries are, on the one hand, concerned about the complete collapse of the economy and its consequences in Afghanistan, and on the other hand are using financial and economic tools and pressures to tame the Taliban.

The Taliban is essentially a war machine, and therefore primarily relies on force and violence to respond to all social complexes and conflicts. This is mostly because the Taliban is not a popular movement but a military militia that has come to power. For this reason, this group, as much as it has been successful in the military arena in inflicting casualties and military defeat on the occupying forces and the puppet regime and in conquering cities, is facing difficulties in resolving the myriad of domestic social issues and interacting with global affairs.

The Taliban are incapable of resolving the fragmented and fragile internal social problems in Afghanistan. The mono-ethnic, male-only, and one-party clerical government adds to the severity of Afghanistan's social crises and divisions. However, the more the Taliban are unable to address myriad social issues, the more repression and violence they will resort to.

The people of Afghanistan, especially women, were not deceived by the Taliban's promises from the beginning and took to the streets to oppose them. From the outset, the Taliban attacked women; women lost the right to work and social status. The Taliban are extremely misogynist, and have curtailed women's presence in the media, government offices, schools, and universities. Imposing strict gender apartheid is an important social agenda of the Taliban’s theocracy. Additionally, the Taliban treats the oppressed nationalities with hostility and behave like occupying forces in their territories, lording over them and handing the administrations of these provinces and districts to their own commanders, brewing discontent among oppressed nationalities.

The masses of people are facing famine and humanitarian catastrophe. Ever-increasing pauperization has plagued most of the country's people. The United Nations has warned of a severe famine in Afghanistan, especially in the coming winter. According to the UN, people below the "poverty line" will increase from 70 to 95 percent. For the peoples of Afghanistan, especially workers, peasants, women, and oppressed nationalities, there is no other option but to fight the Taliban reactionary emirate. Women and the toiling youth are at the forefront of the struggle against the Taliban, and the courageous struggle of women against the Taliban has affected not only other parts of society but also strengthened the fighting spirit of the people of the world. The struggles of the women of Afghanistan are inspiring, as they are confronting one of the most misogynistic political forces of the epoch.

The women's struggle should not be confined to narrow liberal demands and should not be abused to serve the interests of the reactionary classes. Instead, the women's movement must have a mass, democratic and revolutionary orientation. Our party, with unwavering support, defends and stands by the struggles of women and is striving to strengthen them by organizing and promoting revolutionary consciousness. The current situation is a moment of serious test for all progressive and revolutionary groups and organizations.

The top layers of the former puppet regime have largely fled the country. The western-educated technocratic faction has returned to Europe, the United States, and Canada. These people can no longer do anything due to a lack of social base and lack of organization. They entered the country with the occupying forces and left when they left. The warlord wing of the regime who had played the role of foot soldiers for the invading and occupying forces in 2001 and shared the flow of power and capital accumulation in the past twenty years have also fled the country. These people, however, are still pursuing their share of power. If the Taliban are unable to satisfy this, with the Taliban’s faltering power due to the intensification of social crises these forces who have political organizations and some social base could create troubles for the Taliban regime and could also receive foreign support for their endeavors. However, for the reactionary bourgeois-feudal comprador classes of the former regime, jihadi parties, chauvinists, some local strongmen, clerics, and the backward sections of society, the option for reconciliation and collusion with the Taliban is available. If the Taliban regime persists, these people will serve the Taliban regime, which will provide security for their lives and property.

The Taliban’s Islamic Emirate does not have a strong social base inside Afghanistan and does not have firm foreign support. Women, toiling masses oppressed nationalities, urban middle classes, and intellectuals have a deep aversion to the Taliban regime. The consequences of the Taliban regime are catastrophic for the people and society. Under this regime, the poverty, illiteracy, and extreme backwardness of the country will be maintained, and social oppressions amplified.

Now that the colonial project of the United States imperialists and its allies in Afghanistan has failed, and the people of the country are once again under the yoke of the Taliban’s theocracy, it is now clearer than ever that the only salvation and path forward for the liberation of the people of Afghanistan from the horrors of capitalism-imperialism and Islamist fundamentalism are New Democratic Revolution with a socialist and communist orientation. This important task is possible to accomplish with the unity and solidarity of the toiling masses around a revolutionary program and the revolutionary vanguard party. Therefore, we must strive for the ideological-political and organizational expansion and consolidation of the party so that we can respond to the urgent needs of the struggle and move forward towards the preparation, initiation, and advancement of the People's War in Afghanistan. 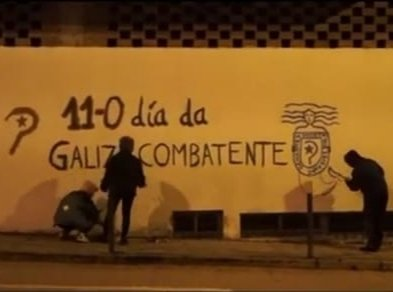