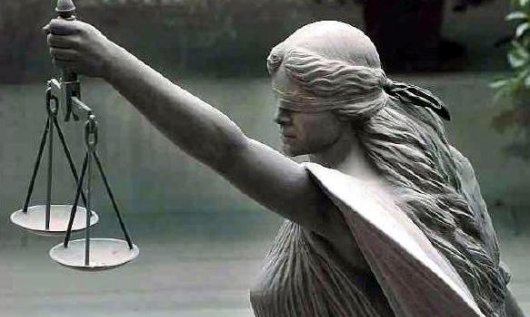 Today, Indian Association of People’s Lawyers (IAPL) organised a press conference at the Press Club of India in New Delhi in relation to the recent arrests of Advocate Surendra Gadling, Prof. Shoma Sen , Sudhir Dhawale, Rona Wilson and Mahesh Raut. The arrests took place on the 6th June, 2018, by Pune police at the early Hours of morning. The conference was held at Press Club of India, Delhi and Adv. Nitya Ramakrishna, Supreme Court of India, Adv. Ravikiran Jain, National President, PUCL, Adv. Sudha Bharadwaj, Vice-President , IAPL, Adv. ND Pancholi (Delhi PUCL), & Adv. Poonam, Secretary (Legal wing), Pragatisheel Mahila Sangathan, Delhi addressed the press. (Meanwhile the Nagpur District Bar Association has called for an abstention from work tomorrow i.e. 8th June 2018)
These arrests have ostensibly taken place in connection with an FIR registered in January 2018 alleging that dalits had been incited to violence. Whereas actually violence had been incited and unleashed on the dalits by Samabhji Bhinde, leader of Shiv Pratishthan Hindustan and Milind Ekbote of Hindu Ekta Aghadi, in response to the dalit assertion during Bhima Koregaon Shaurya Din Prerna Abhiyan. Milind Ekbote was arrested for few days and later released on bail, where as Sambhaji Bhinde is yet to be arrested. However, the above named democratic rights activists, professors and lawyers were arrested without any mention in the original FIR.
Adv. Sudha Bhardwaj, condemning the arrest of Adv. Surendra Gadling, National Secretary, Indian Association of People’s Lawyers (IAPL), said “The arrest of Advocate Surendra Gadling is another example of the intensifying attacks on People’s Lawyers. Recently Advocate Upendra Nayak of Odisha, Advocate Murugan of Tamil Nadu, Advocate Satyendra Chaubey of Chhattisgarh have all been implicated in the cases of their own clients, which is absolutely unacceptable as per United Nations principles on the Role of Lawyers.
Advocate Surendra Gadling was an iconic example to many dalit lawyers defending their oppressed communities. Particularly after the Maharashtra Bandh and the 2nd April Bharat Bandh by dalit communities all over India, hundreds of poor dalit youth have been picked up and incarcerated in patently false cases. Many groups of dalit lawyers started getting together to defend them, even free of cost. No doubt this must have caused great unease for the vindictive state apparatus. The bias of the State is all the more obvious when the leaders of Hindutva organisations named in many complaints and FIRs as instigators of the Bhima Koregaon violence – Milind Ekbote and Sambhaji Bhide – whose anticipatory bail applications have been refused by even the Supreme Court, still roam free.”
Drawing the parallel from Advocate and founder of Bhim Army, Chandrashekar Azad ‘Ravan’‘s arrest, Senior Advocate Ravikiran Jain, who represented him, spoke about unfair use of National Security Act (NSA) and other draconian laws, such as Unlawful Activities (Prevention) Act (UAPA), which are used to incriminate activists, Dalit and other minority group for standing up to their rights and speaking up against their oppression. He also said that UAPA goes beyond the provisions that were used for mass arrest during emergency.
Addressing the press, Senior Advocate Nitya Ramakrishnan, Supreme Court of India, condemned arbitrary arrest and draconian UAPA, which was used in arresting the above-named activists and lawyers. Adv. Ramakrishnan said, “Under UAPA the central government has full freedom to declare any organization as a terrorist organization where membership per say makes it an offence. What the process has become now is merely the presence of Maoist literature has become enough to declare someone as a Maoist which is clearly against the provision of UAPA which already is a draconian act. Automatically a person is charge-sheeted as Maoists. In Binayak Sen’s case, Supreme Court had said, if someone is in possession of Gandhian literature, does that make that person Gandhian?”
Advocate Poonam drawing the pattern across the country said, “what is happening in Saharanpur, Nagpur and people who are fighting for the Dalits and minorities are being attacked.” She also pointed out the ‘dirty game’ of the prosecution, where Advocate Surendra Gadling was also stripped of his basic fundamental rights during arrest and he was produced at Judge’s residence and not in the open court, which is against the procedure laid down by the Hon’ble Supreme Court of India. Advocate ND Pancholi remarked that in the Emergency people were detained under provisions of CrPC and MISA, but presently the situation is worse than that of an undeclared Emergency.
IAPL strongly condemns the arrest of Advocate Surendra Gadling and others and demands for their immediate release. IAPL also welcomes the support of all civil right organizations which have come together to demonstrate their support against the State which crushing all voice of dissent.

?I used to be very pleased to find this net-site.I wished to thanks on your time for this wonderful learn!! I definitely having fun with every little little bit of it and I've you bookmarked to take a look at new stuff you blog post. slots for real money

Spot on with this write-up, I truly think this website needs far more consideration. I’ll probably be again to learn rather more, thanks for that info. online casino slots