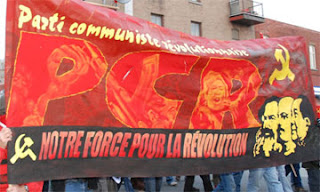 To the Central Committee of the Communist (Maoist) Party of Afghanistan:
Dear comrades,
It is with sadness and deep emotion that we learned of the death of Comrade Hafiz, a Central Committee member of your Party and a dedicated activist and veteran of the communist movement of Afghanistan and the international communist movement.
The death of a comrade is always a loss for our movement, and it is even more when it occurs in a context like the one we face today in Afghanistan, where resistance to imperialist occupation is unfolding and requires a solid ideological, political and organizational leadership that puts the interests of the proletariat and the masses above anything else.
Everywhere in the world, the proletariat and the oppressed peoples are resisting the crisis of capitalism and the wars of aggression waged by the big imperialist powers. The aspiration to revolution and to a world free from any kind of oppression and exploitation has perhaps never been as extended as it is now.
On May 1st 2012, together with the Communist Party of India (Marxist-Leninist) (Naxalbari) and the Maoist Communist Party – Italy, your Party issued an important call to build a new Marxist-Leninist-Maoist international organization. There is no doubt that the rich experience of Comrade Hafiz with the Revolutionary Internationalist Movement (RIM) will inspire and serve the formation of such an organization that our movement urgently needs.
There is no better way to pay tribute to Comrade Hafiz than to work for consolidating the Marxist-Leninist-Maoist parties where they exist, for building such parties in every country of the world, for unfolding the world proletarian revolution and building the international organization we need for leading it.
Please convey our deepest condolences to all relatives and friends of Comrade Hafiz, to his comrades, members and supporters of your Party.
Revolutionary Communist Party (PCR-RCP Canada)
October 8, 2012
Publicado por dazibao rojo en 10:47 a. m.