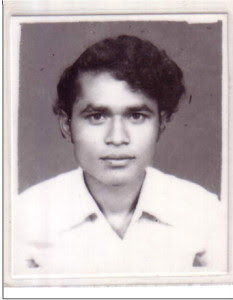 Maoist mass leader and follower of Siraj Sikder Thought Comrade Mohammad Abul Motin died. On 29 September 2013, at 1 AM, at the age of only 53, he died in Mymensingh out of a heart attack.
He was central leader of the Revolutionary Workers Movement, 2nd National Committee, and was an important assistant in mass work of CPMLM.
During 72-75, in his boyhood, he was merged in the program of Proletarian Party of East Bengal (PBSP). in 1975, he was arrested by the state force. After being in jail for long eight years, he was set free in 1983. In early 90s, he actively joined the Revolutionary Workers Movement, a Maoist mass organization. He led succesful land seizure struggle by the landless peasantry in different villages at the outskirt of Mymensingh. When in 90s, revisionist line became dominant in Maoist parties and mass organizations, he waged ceaseless struggle against that till his death. During the preparatory stage of formation of CPMLM, he along with us, held high the banner of Siraj Sikder Thought, and played a vigorous role in regaining mass base in those villages. As a leader among the workers and landless peasants, he was much popular. His politeness, simple life leading and struggling spirit used to attract all, especially students and young people used to find an ideal. The elderly people also used to show huge respect to him. He embraced a lot of sufferings. Better to say, he was the poorest person in Bangladesh, and all these for an ideology. Among the leftist leaders and cadres, he was an acceptable leader. He was respected to all in Mymensingh city. He used to write articles regularly. He wrote a poetry book entitle “Save dream of the dreamless”. He suffered from illness for a long period of time.  Our party carried the expenses of his medical treatment for some period of time, but couldn’t continue due to serious financial crisis. If we could continue, he would not have died early.
His death carries a huge losses of our party’s mass work.
Red salute to the memory of Comrade Motin!
29 September 2013
Communist Party Marxist Leninist Maoist Bangladesh
Publicado por dazibao rojo en 6:21 p. m.