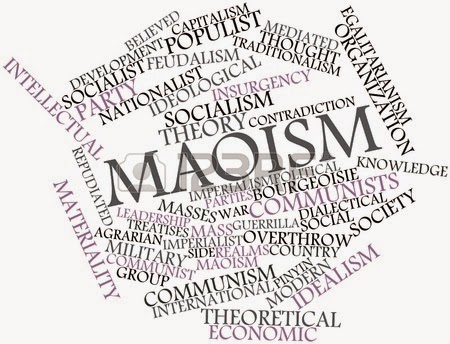 On September 7, 2014,  releasing a press statement Comrade Biplav the Secretary of CPN-Maoist has condemned the statement given by Ram Bahadur Thapa, 'Badal',  General Secretary of the CPN-Maoist.  On Monday, Sep 7, 2014, Badal  had  released a press statement against Comrade Anil  Sharma, the Central Committee member of CPN-Maoist.  Badal has made public  that Sharma  has been relieved of all his party responsibilities for his indiscipline action. He has mentioned that : æCentral member  Anil Sharma has been discharged of party duty for an uncertain period for his action against the party." Badal has blamed  that Comrade Anil has  charged baseless allegations against party leadership. But he has not mentioned , that what are  these  baseless allegations and  who are those comrades that Com. Anil has  blamed.

We  all know Anil Sharma is  known as a  young and revolutionary  leader within CPN-Maoist. He is also known as a strong supporter of Comrade Biplav, who has submitted a  separate document  of revolutionary line, challenging Com, Kiran's document.  This action against Comrade Anil Sharma has raised a lot of questions within  party rank and file as well as also  in  the public sector. It is known to all that, it is just a  personal revenge against Comrade Anil. Last year also after Pokhara Meeting they had taken action against  Com. Anil and Com. Rishi Raj  Baral for their  revolutionary writing.

Meanwhile, Comrade Biplav the secretary of  the CPN-Maoist   has declined the press statement by  Badal, he has mentioned  that the decision done by Badal is his  personal  decision, not the decision of  the Party.  In his statement he has called immediate withdrawn  of the action against Comrade Anil Sharma.   The Next Front also declines  the  action against Com, Anil and  firmly stands on the side of Comrade  Biplav's statement.

Here is the full text of  Comrade Biplav's statement:

The  statement  of today released by  our Party  General secretary Badal,  regarding  the  action  against the Central Committee member of our party  Anil Sharma, alleging him as  a undisciplined member, is not the decision of our any party committee, not only this,  the action is against the  party methodology also, and  I want to make clear that I  am not agree with this decision.  Along with, I request immediate withdrawn of this decision.
Sep 7, 2014