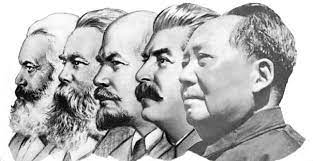 The Maoist Communists of Italy and Tunisia in the tenth anniversary of the popular revolt that at the cry of Work, Freedom and National Dignity has overturned the Ben Ali regime, greet the continue 10 years long struggle that has been waging for Tunisians workers and popular masses that have never forgotten these objectives by continuing to pursue them in a context of gradual reactionary restoration from the local bureaucratic and comprador bourgeoisie and  landlords since the aftermath of the revolt.

This year in January a new generation of youth inflamed the cities of the country and besieged  the Parliament moved by the same reasons for their older brothers and sisters ten years before: the unemployment rate has increased as well as inflation and goods prices of first necessity, the old bureaucratic and comprador bourgeoisie and landlords remained in power by continuing to sell both the resources of the country and the rights of workers conquered in decades of struggle and adhering to the privatization and deregulation plans indicated by imperialist agencies as IMF and BM.
In this context, Italian imperialism explicitly supports this plan of reforms that increasingly impovering the Tunisian people and is at the forefront of economic penetration in the country through direct investments aimed at the occaparity of production activities and existing resources as well as the low cost exploitation of the Tunisian workforce.
In particular, in the last decade efforts have intensified to increase their presence in the country, which has always been considered by the Italian bourgeoisie as a southern expansion area together with Libya.
In Italian companies in Tunisia the masters make profits enjoying legal privileges while workers are  keep in illegal and underpaid work, a boss fascism  has in place according to which workers are not allowed to set up the union and they are prevented to do it using gangs or, as recently happened in Kairouan ,the master himself attacked his workers.
Tunisian working class responds by the struggle against all of that, as a direct effect of the struggle, the Italian oil giant Eni has threatened to leave the country by asking for greater guarantees for their profits, the government has granted it letting Eni to develop renewable energy sources in the framework of the rhetoric of "Sustainable development"and of the Green Economy.
Italian imperialism also attempts to extend its de facto borders in Tunisia, using the antimigrant agreements: in recent years members of the Italian Government have regularly went to the country to tighten these agreements with which the Tunisian regime is supported with money and material means to the local coast guard on the one hand, and pressures to outsource the Italian and European borders up to the territorial waters and the country's mainland with the excuse of braking immigration from them called "illegal" on the other hand.
In this context a small Italian military contingent of trainers and consultants stationed  in the country since 2019.
The Maoist Communists of Italy and Tunisia affirm:
The need to actively support the struggles of  Tunisian workers and popular masses against the neocolonial policies of impoverishment of the country and the looting of national resources of which Italian imperialism is an active part.
To fight European antimigratory policies in general and Italian and at the same time supporting the struggles of foreign workers and migrants in both countries.
Only the New Democracy Revolution with the strategy of the People War can guarantee work for proletarians and peasants, freedom for the Tunisian people and national dignity for the country!
Long live the struggle of the proletarians and peoples of the world!
Long live proletarian internationalism!
Elkadehines Party - Tunisia
maoist Communist Party - Italy
Publicado por dazibao rojo en 11:39 p. m.