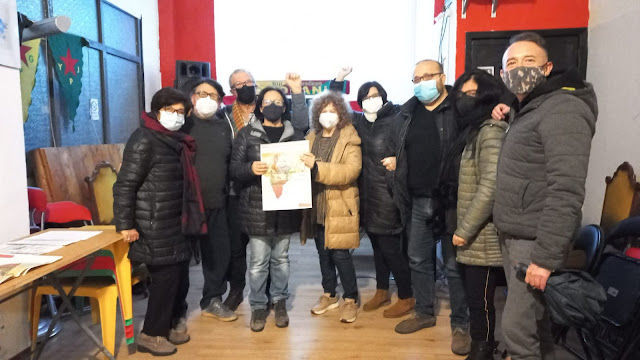 The workers belonging to the Slai Cobas sc, fighting for years for the affirmation of their rights, gathered in assembly in view of the International day of action of November 24th

they join the denunciations of the policies against the Indian popular masses, implemented by the Modi government ranging from the economy put at the service of the multinationals that enriches the bosses and impoverishes the popular masses more and more every day; to the various repressive "operations" that turn into real massacres against peasants, Adivasi, Dalits (the untouchables!),  intellectuals, workers, women and children;

they express their solidarity with the real opposition that is developing in the country, that is, with the struggle of the masses underway in India in particular the People's War conducted by the Communist Party of India (Maoist) which by freeing areas of the country from genocidal oppression creates the conditions for the masses to exercise power through the Revolutionary People's Committees;

they send solidarity greetings to the Indian masses by demonstrating to Modi's fascist and genocidal government that they are not alone in their struggle as the Communist Party of India and the people's war it is leading. 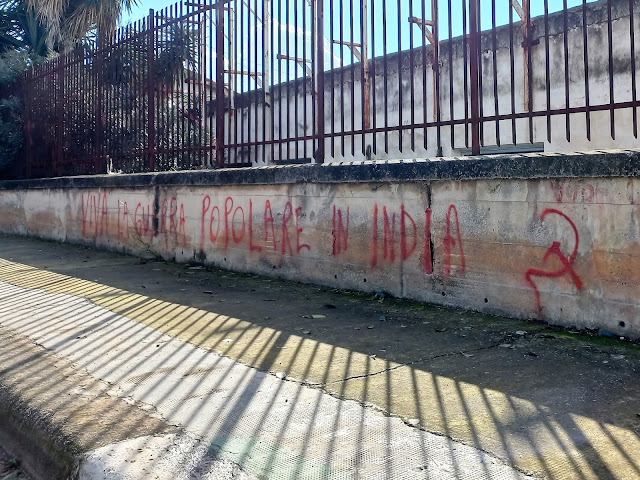