BRASIL: Down to the persecution against Professor GN Saibaba, from New Delhi University! 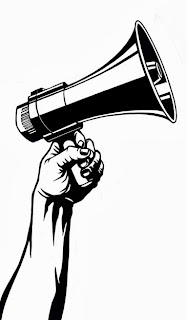 The Brazilian Centre of Solidarity to the Peoples (CEBRASPO) strongly condemns the arbitrary action of the Indian forces of repression, in another desperate attempt to silence the voices of dissidence. On Sept. 12, 2013, the house of Professor GN Saibaba, was raided by 50 agents whit the pretext to search “stolen materials”.
In the arbitrary operation, the agents prevented Professor Saibaba and his family from go out home, receiving visitors, making and receiving phone calls and contact an attorney. They didn’t found any stolen material and went out from Saibaba’s house carrying personal belongings of the family, including mobile phones, pen-drives and copies of publications of the Revolutionary Democratic Front of India (RDF), the organization on which Dr. Saibaba is secretary.
The Indian state with its common practices and increasingly recurrent persecution, killings, arbitrary arrests and baseless accusations against the defenders of the people's struggle, try to stop the struggle of a people who will not surrender in the face of intimidation and harassment.
Because of his choice to work in behalf of people, his effort to denounce the Operation Green Hunt, his work as an academic professor, his democratic and committed role on the defense of Indian people in the struggle against oppression, violence and misery, we pay our solidarity and respect to Professor GN Saibaba. We also condemn the fascist Indian state for their crimes against the people and their leaders and declare that the Brazilian people stand in support of the Indian people in their just struggle for national and social liberation.
CEBRASPO - Brazilian Centre of Solidarity to the Peoples
September 18, 2013 .

Another messages and signatures in solidarity with Dr. GN Saibaba, received by Cebraspo
1.            I join the demonstrations of solidarity with the Professor Saibaba. Manaus, Amazonia, Brazil on September, 16th, 2013. Ennio Candotti (Kalinga Awarded 1999).
Ennio Candotti - President of the Amazon Museum and vice president and honorary president of the Brazilian Society for the Advancement of Science – SBPC

3.            I sympathize with Professor Saibaba and join other Brazilian intellectuals who repudiate the action of repression and attempts of the Indian state to criminalize the professor because of his activism in social movements in India.
Nazira Camely - Department of Economics, Federal Fluminense University / Rio de Janeiro – Brazil

4.            I declare my support to the Professor Saibaba, who has been the victim of police persecution in India because of his support of revolutionary struggle in that country.
Alisson Diôni Gomes (Teacher of Basic Education, Technical and Technological Area [IFRO]; Master in Regional Development and Environment [UNITE]; Bachelor of Information Technology and Majoring in Social Sciences [UNITE])

6.            Victor O. Martin, Professor, Department of Geography, University of La Laguna (Canary Islands, Spain) express solidarity with the Professor GN Saibaba, a professor of English Literature at the University of Delhi (Ram Lal Anand College) in the face of unjustified persecution of the Indian authorities against him due to his political beliefs.

7.            Solidarity with Professor GN Saibaba – Delhi University
Through this letter we express our solidarity with Professor G. N. Saibaba, Professor of English Literature at the Delhi University (Ram Lal University Anad). Saibaba is suffering political and police persecution, due to the fact that he has expressed his support and advocacy on behalf of the tribal peoples in India.
We know that the persecution against the Professsor Saibaba, with the police raid on his home had the clear objective of confiscating intellectual material produced by him and stored in different electronic media (external memory, hd computer and other objects). This only shows that there is an unjustified persecution against Saibaba due his choice in favor of the persecuted, imprisoned and tortured in his country, accused to support the revolutionary struggle.
Our support and solidarity to the Professor G.N. Saibaba, his family and the intellectuals of India that follow, from the democratic camp, the ideas and university education, the situation of the persecuted tribal people.
We believe that the university should be a democratic space of struggle of ideas, not a space subjected to the surveillance, censorship and repressive persecution.
We will stay waiting for more information on the situation of Professor GN Saibaba. GISAS – Bolivia

8.            The Brazilian Association of People's Lawyers (Abrapo) solidarizes with Professor G. N. Saibaba, from New Delhi University (Ram Lal Anad College), in India, who had his house raided by 50 policemen in last September 12. The agents stayed in the house, which is inside university campus, for more than 4 hours, where there were the professor, his wife, mother in law and 15 years old daughter, and didn't even leave with the protests of other professors that demanded the removal. They took cellphones, USB keys, computer hard disk and other objects.
Professor G. N. Saibaba is a defender of tribal people in India, who have been harassed, detained, tortured and evicted of their lands by Indian State.
This domicile violation fact constitutes a persecution of a human rights defender, in blatant violation of UN Declaration on Human Rights Defenders, or "1998 Declaration on the Right and Responsibility of Individuals, Groups and Organs of Society to Promote and Protect Universally Recognized Human Rights and Fundamental Freedoms", which states, on art. 11:
"Everyone has the right, individually and in association with others, to the lawful exercise of his or her occupation or profession. Everyone who, as a result of his or her profession, can affect the human dignity, human rights and fundamental freedoms of others should respect those rights and freedoms and comply with relevant national and international standards of occupational and professional conduct or ethics."
And art. 12, paragraph 2, asserts:
"The State shall take all necessary measures to ensure the protection by the competent authorities of everyone, individually and in association with others, against any violence, threats, retaliation, de facto or de jure adverse discrimination, pressure or any other arbitrary action as a consequence of his or her legitimate exercise of the rights referred to in the present Declaration."
Abrapo understands that, aside a human rights defender offence, this fact constitutes violation of academic freedom and university autonomy, guaranteed by International Law and conquered after centuries of struggles in university institutions worldwide, remembering that these principles are derived from opinion and expression freedoms, and protections to free exercise of profession, all principles universally assured.
Beyond solidarize with Professor G. N. Saibaba, Abrapo denounces this police operation in charge of Indian State, and unite to other Indian and international organizations to demand accountability and punishment of responsibles, full reparation of damages, and guarantees of non-repetition, to assure that Professor G. N. Saibaba never more suffers any kind of persecution on account of his views and manifestations and his professional exercise.
Brazilian Association of People's Lawyers

10.         José Alves - Professor of the Geography Department at the Federal University of Acre (Amazon - Brazil)