Regarding an article by the comrades of Servir le Peuple (Occitania) on "Gonzalism" as an ultra-left current. An article by Comrade Miguel Alonso. 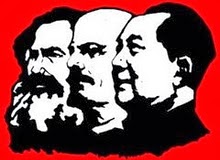 Regarding an article by the comrades of Servir le Peuple (Occitania) on "Gonzalism" as an ultra-left current.

Last days we published an article, by the Maoist comrades of Occitania, in which the so-called "Gonzalismo" was criticized as an ultra-left current.
They maintain that there is a current in Maoism, which aims to raise Gonzalo Thought to the fourth stage of the mlm, giving it a universal character.
As comrades point out, this is an imposture that goes against Gonzalo's own thought and against the work of the Communist Party of Peru to make Maoism command and guide of the World Proletarian Revolution.
It is precisely Gonzalo Thought, the application of Maoism to the conditions of the New Democracy Revolution in Peru. President Gonzalo himself was very clear on this issue. I think they should read, more and better, the texts of the Pdte. Gonzalo
Now, it should not be confused, with the comrades who maintain, in a fight of lines, the universal character of certain aspects of Gonzalo Thought, based on a call from the PCP at the international level. Organizations or Parties such as the PC do Brasil (red fraction) or the Rote Fahne Committee of Germany among others.
Among these contributions, of a universal nature, would be the militarization of the PCs  or the concentric construction of the three instruments (form of reconstruction of the PC).
This is a topic of debate, within the International Communist movement, which will surely be the object of struggles at the next unified International Conference,  but which in no case revolves around a new "ism".
By raising, in a determined way, the red flag of Maoism, the PCP and President Gonzalo carried out a victorious revolutionary work, not only nationally but also internationally, making internationalist organizations such as the MRI, of which they were part, advance in the Compression of Maoism as a third and superior stage of Marxism-Leninism. Declaration of 1993 "Long live Maoism"
We see in it, a great contribution of Gonzalo Thought to the MCI, its firm defense of Maoism as a third and superior stage and its application to the Revolution in Peru.
Now, as the comrades of Occitania point out, there are false individuals and organisms that deal with Gonzalo Thought, such as the “MPP Red Sun” Sweden or the “mlm Milky Way” that taking advantage of, the love and respect of the masses for the leader of the revolution in Peru, they  intend to create "cults" in order to establish themselves as "high priests". After these maneuvers, of true right false left, everything points to revisionism and repressive organisms interested in breaking up the European Maoists, avoiding their development and application to the revolution in the imperialist countries.
Therefore, his complaint is fair and the ideological and political struggle of these sinister maneuvers of metaphysical magical thinking, totally alien to MLM, mainly Maoism, becomes necessary.
Publicado por dazibao rojo en 11:43 a. m.