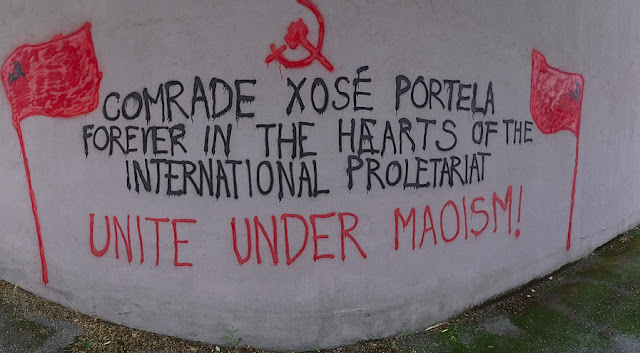 We received pictures of activities in honor of the Comrade Xosé Portela, which were made in Austria. Follwing we publish also a short message of solidarity from revolutionary activists from Austria.

"Comrade Xosé Portela died in early July of the effects of his cancer. He was an important comrade in Galicia who dedicated his whole life to the revolution. In his honor, revolutionaries in Austria have developed activities to honor his dedication and work in the service of the international proletariat and the masses in Galicia!"