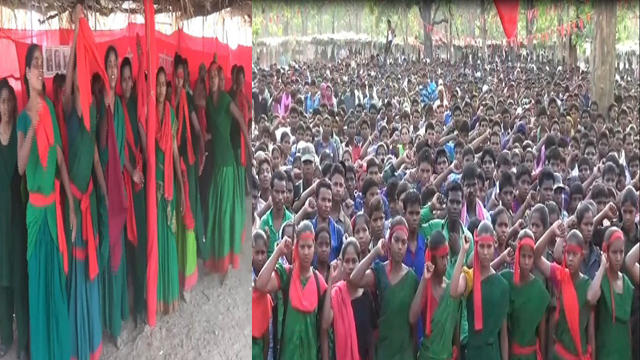 
We would like to underline this pleasing announcement with the following important quote from Chairman Mao Tsetung from the text "On the protracted war" (May 1938):

We are proud to report the joyous event of the three-day program of the CPI (Maoist). This three-day meeting was held in the Bastar region of Chattisghar District from June 18-20. There were 10,000 in number, including revolutionaries, sympathizers and sections of the people who attended this gathering.
The program was full of cultural activities and reports about the past and the great achievements of the past years. The martyrs of the People's War were also held up in India.

According to the bourgeois media and local police, it was "a gathering of the civilian population of this size for the first time in five years".

This is also a sign that, even if the rulers make such great efforts to keep the people's war small among the masses, that it gains more and more growth among the masses and strength.

In addition to the numerous attacks on the reaction and the conquest of other areas, this assembly also proves that the development of the People's War in India is progressing and that it is gaining strength, as well as the international revolutionary and communist movement!