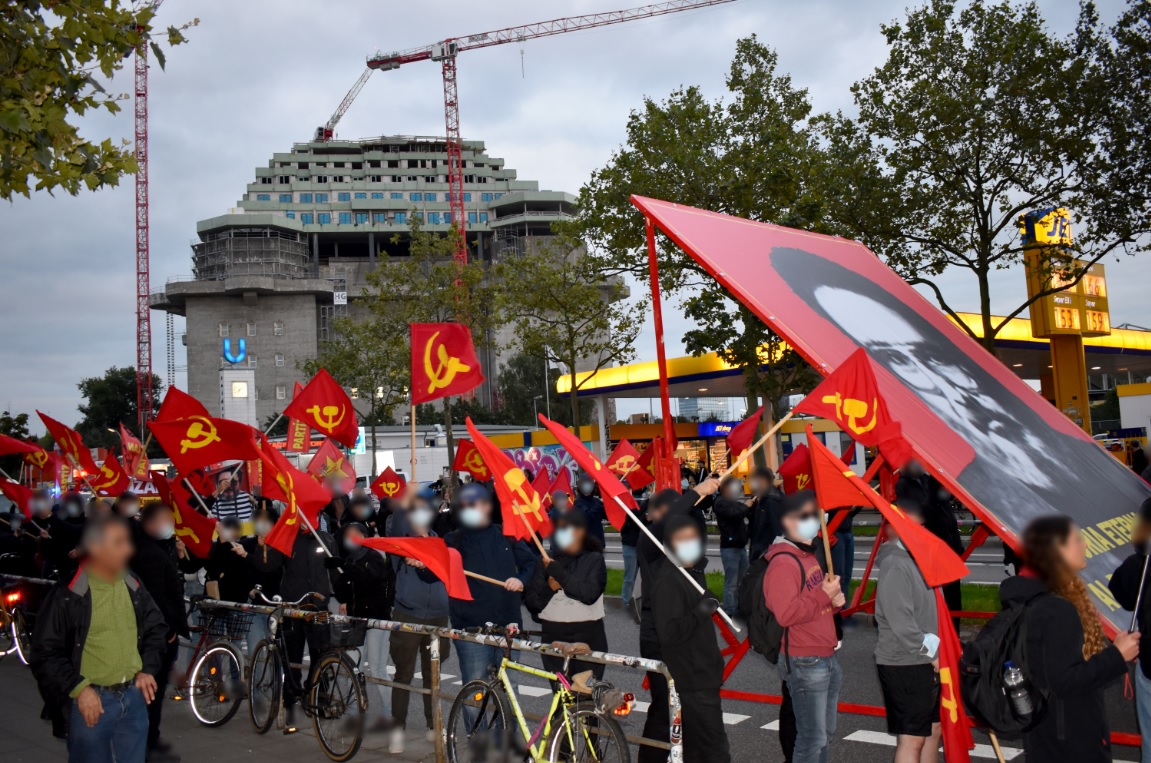 Following last Saturdays culmination of the sinister plans of the Peruvian reaction – under the leadership of Yankee imperialism and in collusion with the capitulationist and liquidationist right-opportunist line - to kill Chairman Gonzalo, an immediate call for a joint demonstration taking place a week later went out. Following this call some 150 people came together, including some from other countries, this Saturday in Hamburg to hold high the banner raised by Chairman Gonzalo and to offensively repel all attempts of smudging his image, after he in his lifetime victoriously crushed all the plans of the reaction to do so.

This weekend, Communists and Revolutionaries from Germany marched together shoulder to shoulder with comrades from the Nordic countries, from Austria and Turkey. A vivid internationalist and combative spirit was present through-out the manifestation that started marching at 19:00 from Feldstraße in the direction of Sternschanze, after – much to dismay of the police and to cheers from the manifestation and passers-by – a massive frame was erected depicting a five meter high likeness of Chairman Gonzalo. This frame, proudly carried in the front, was followed by rows upon rows of flags with the hammer and sickle as well as those of different Turkish revolutionary organizations. 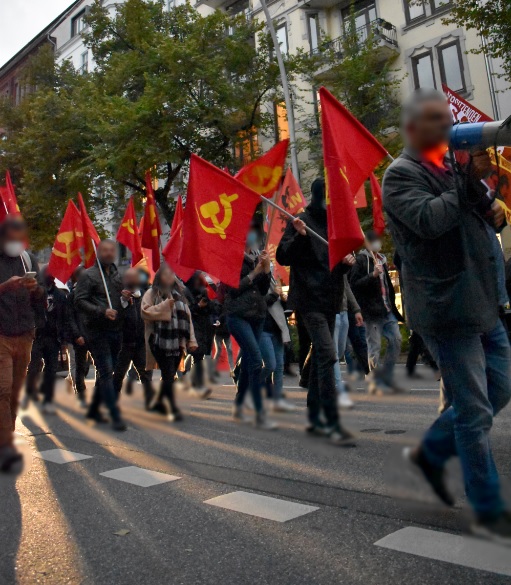 At Sternschanze a minute of silence of held, all participants raising high their fists in honor of Chairman Gonzalo. That this was an international manifestation was quite clear due to the speeches given and the greetings and documents that were read from different Parties and Organizations, such as Serve the People (from Norway), Maoist Committee (from Finland), Vorbote (Eng.: “Herald”, from Austria), from TKP/ML Central Committee – Political Bureau (from Turkey), TKP-ML Rojava, the Committee for the Construction of the Maoist Communist Party of Galizia as well as the Peru People’s Movement.

With the manifestation drawing to a close at Schlump train station, the police started to draw together forces in an attempt to intimate the demonstration, as it was a thorn in their eye to clearly see and loudly hear the participants of the action past the time they allotted for the closing of it. Unfaced by their show of force, the revolutionaries closed ranks, stood together, sang The Internationale and continued their manifestation, until all preparations for the closer of the action were made, and then retreated together, so as to not allow any openings for retaliatory attacks by the police and the police infiltrators that were sent after the participants. 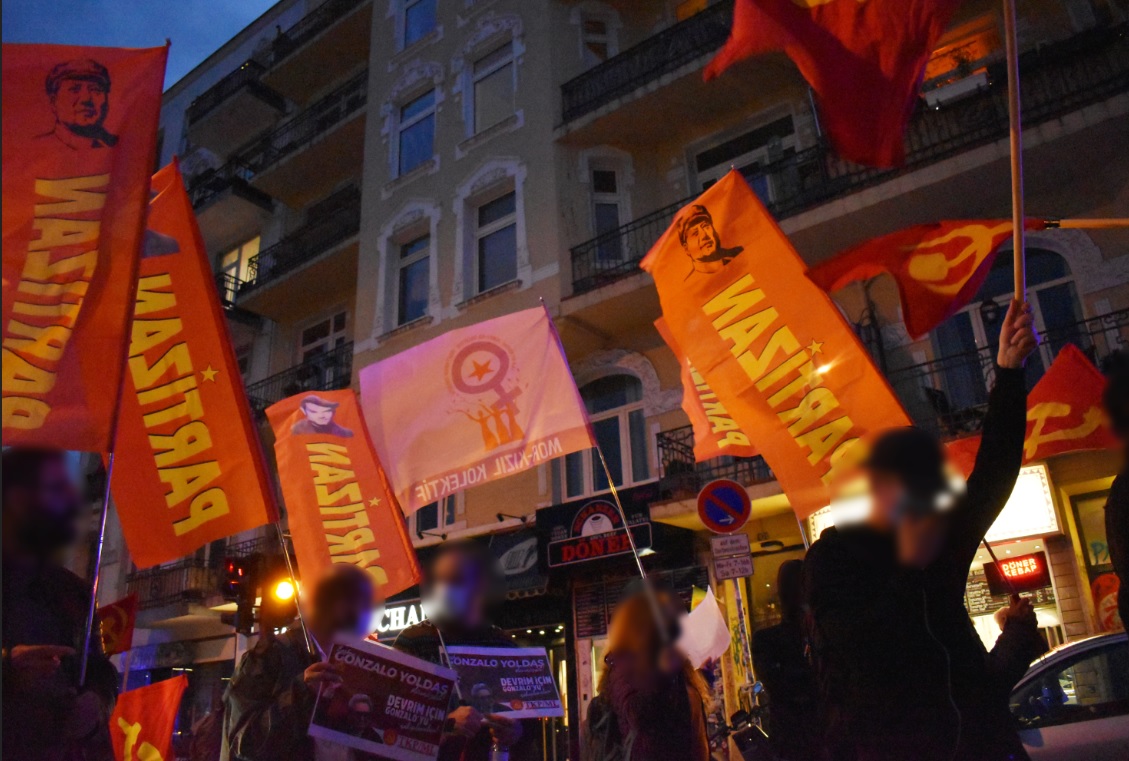 To take a clear position for the unwavering and unbroken stance of Chairman Gonzalo that allowed him to snatch laurels for the International Communist Movement from the fangs of death; to uphold Marxism-Leninism-Maoism, principally Maoism, with the universal contributions of Chairman Gonzalo, that is Gonzalo Thought; and to denounce the murder committed by the reaction; and to prepare for all the vile stories and lies that they, together with revisionism, are sure to cook up again now was necessary that day. And to have demonstration of this size, with this amount of preparation and mobilization involved and, particularly, with significant and important international character to itself within a week is a good step. Now the International Day of Action is close at hand, where on the 24th of September – the 29th anniversary of the speech of Chairman Gonzalo of 24. September 1992 – actions will take place through-out the World.