FILIPINAS: CPP Statement On The Bicentennial Of Friedrich Engels Birth 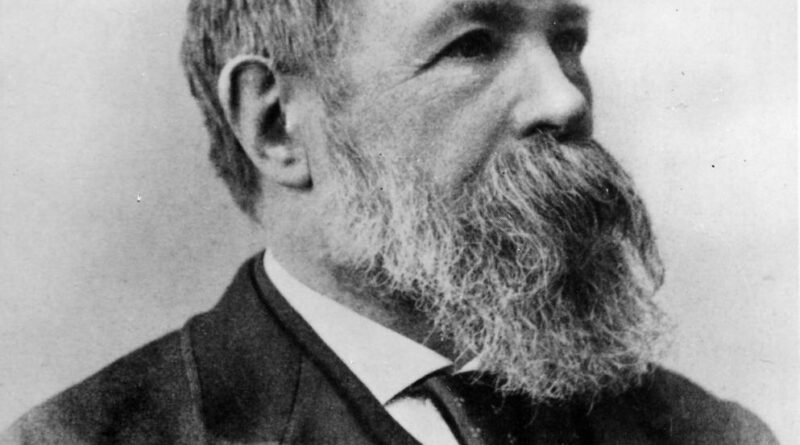 Communist Party of the Philippines, November 28: The Communist Party of the Philippines (CPP) joins the international proletariat in marking today the 200th birth anniversary of the great proletarian teacher and fighter Friedrich Engels. As lifelong friend and comrade-in-arms of Karl Marx, Engels made indubitable and indelible contributions to the development of Marxism as the ideology of the working class. We treasure the wealth of theory and practice that Engels bequeathed to the proletariat.

Marking Engels’ birth anniversary at this time cannot be more significant and relevant as the global capitalist system faces an unprecedented crisis. This is giving rise to intolerable conditions and untold sufferings on workers and toiling masses. Around the world, the exploited and oppressed classes are rising up in numbers against low wages, joblessness, social spending cuts, rising foreign debt and other measures under the neoliberal policy regime.

Let us use this occasion to promote the work that Engels did for the working class. Workers and class adherents of the proletariat must study the works of Engels alongside those of Marx to arm themselves ideologically in order to gain a profound understanding of the roots of the current crisis and the class solution for ending the insufferable conditions of the proletariat and toiling masses.

Together with Marx, Engels devoted a lifetime developing Marxism. As intellectual brothers, Engels and Marx wrote volumes of history-making books, essays and correspondence. The collection of their work, filling at least 50 thick volumes, have served as a veritable encyclopedia for the working class in their struggle across different continents to shape history and transform society. Their work has helped guide all the epochal struggles of the working class since the late 19th century.

The proletariat owes Engels and Marx the standpoint and system of thought which point them to the path towards their emancipation. For the first time in history, it was shown that liberation from all forms of oppression comes not as a result of the idealism of good-hearted people, but rather as a conscious historical act of class struggle by the proletariat. Tracing mankind’s history, they revealed how capitalism gave birth to the class who will not only dig the grave of the bourgeoisie, but will establish a society that will end the history of classes and class exploitation.

Engels was born in 1820 in Barmen, Rhine Province in the kingdom of Prussia (Wuppertal, Germany). His father was a manufacturer who compelled him to quit secondary school in order to work in the family corporation. This, however, did not prevent him to pursue philosophical, scientific and political studies, as well as participate in revolutionary struggles.

Engels and Marx were brought together by their common adherence to the then dominant philosophical teachings of Georg Wilhelm Friedrich Hegel, a professor at Berlin University. Hegel asserted the then revolutionary idea that everything in the universe is in a constant process of change and development. He gained radical adherents who were seeking a change in the situation under the autocracy. Hegel, however, was an idealist, who spoke of the development of the mind and ideas from which one deduces changes in nature and human society. Marx and Engels were materialists who understood that human society, as nature, is conditioned by the development of material forces.

Engels and Marx collaborated in the writing of philosophical and political treatises. They jointly wrote The German Ideology which developed the kernel of the historical materialist philosophy and their commitment to the working class. They also published The Holy Family, or Critique of the Critical Critique. This laid the ground for materialist socialism as distinct from the idealist or utopian socialism propounded by some philosophers or well-intentioned quarters seeking a change to the prevailing social conditions. Marx and Engels saw the proletariat as the material force that will bring about a new social order through struggle.

Moving to Manchester, England to work in a commercial firm, Engels deepened his understanding of the working class. Besides working with the English labor movement, he devoted time to studying the concrete conditions of workers in the industrial cities. He produced the volume Conditions of the Working Class in England where he described in detail the gross state of living of workers, their sleeping quarters, dwellings and crowded slums, their clothing, diet and their state of health. More importantly, Engels elucidated how the miserable conditions of the proletariat are pushing them forward to resist with the aim of ending their situation and how their emancipation rests on their participation in the political struggle for socialism.

Engels deepened his involvement in the German workers movement upon his return to Germany in 1845. It was during this time that he and Marx strengthened their ideological and political collaboration. In 1848, they were commissioned by the German Communist League to elucidate on the main principles of socialism and communism. That year, they wrote the Manifesto of the Communist Party the publication of which shook the ramparts of the capitalist system. Since then, the Communist Manifesto would serve as the general declaration of principles of all communist parties. The exhortation “The proletarians have nothing to lose but their chains. They have a world to win.” has inspired generations of revolutionaries.

Their writings and participation in revolutionary struggles made Engels a target of state suppression forcing him to flee Germany and escape eventually to England, where he made his way back to Manchester. Marx, stripped of his Prussian citizenship, was forced to go on exile. He eventually resided in London with his family. In England, Engels and Marx continued their theoretical and practical work. While Marx devoted himself to the study of political economy and producing the world-shattering work Das Kapital, Engels continued to elaborate Marxist philosophy and its application in the study of natural sciences, anthropology, history, political economy and socialism.

In addition to the above, among the important works produced by Engels are Dialectics of Nature, Herr Eugen Dühring’s Revolution in Science or Anti-Dühring), Socialism: Utopian and Scientific, Origin of the Family, Private Property and the State, and The Peasant War in Germany. He also wrote Synopsis of Capital and scores of others essays and small books in an effort to popularize Marxism to the working class. Lenin pointed out that Engels is, like Marx, “one of those rarest of authors whose every sentence in every one of their fundamental works contains a remarkably profound content.”

Engels also assisted Marx in getting the manuscripts prepared for publication of the first volume of Das Kapital before Marx died in 1883. He undertook the difficult task of organizing and publishing Das Kapital’s Volume II in 1885 and Volume III in 1894.

The body of work of Engels and Marx comprising Marxism is a treasure of the international proletariat. More than a century hence, their writings remain valid and crucial element in the struggle of the working class to end capitalist exploitation and build the communist future.

Over the following decades, Marxism developed into a powerful material force in the form of victorious democratic and socialist revolutions led by the proletariat in Russia, China and scores of other countries. For some period of time, a fourth of humanity were free from the oppressive claws of imperialism.

Under proletarian dictatorship and inspired by the communist spirit, hundreds of millions of peoples moved mountains and transformed the face of the earth. They put an end to capitalist wage slavery. The proletariat took control of the forces of production and carried out the revolutionary transformation of the superstructure. There was full employment where workers owned and controlled production and enjoyed the fruits of their labor. Production developed with unprecedented speed. They ended misery and poverty. Schools and public health were provided by the state for everyone. Women were emancipated.For over seven decades, socialist revolution and construction advanced across the entire globe, bringing society from one level to a higher level of progress and emancipating humanity from want.

Modern revisionism, however, gained the upper hand and eventually caused the defeat and retreat of socialist forces in the Soviet Union (since 1956) and China (since 1978). A new bourgeoisie emerged from within the bureaucracy and the Party. They seized political power from the proletariat and cast away the policies for socialist construction. To pave the way for the restoration of capitalism, they promoted modern revisionism by prematurely declaring the end of class struggle and asserting that building socialism entails primarily technical innovation or the development of productive forces. It brought down the militant guard of the proletariat and paved the way for the dismantling of the socialist superstructure. Power was taken from workers and petty ownership and production was restored leading to accumulation of privilege and wealth among managers and bureaucrats and accumulation of land by rich peasants and landlords.

Decades after the restoration of capitalism and dominance of neoliberal policies, the proletariat and toiling masses of China and the former Soviet Union now suffer from widespread economic dispossession, joblessness, high levels of exploitation, low wages, corruption of state bureaucrats, lack of access to health and education, homelessness, poverty and overall misery. Proletarian revolutionaries are suppressed. Fascism and ultra-right politics pervade to divide-and-rule the oppressed people and prevent them from forging class unity.

The grievous socio-economic conditions and political repression being suffered by the toiling people after the restoration of capitalism in the former socialist countries, as well as in the rest of the global capitalist system, are in direct contrast to the progress and freedom which the workers and broad masses enjoyed under the proletarian dictatorship. It validates the correctness and necessity of carrying out socialist revolution and construction.

Across the world, workers and toiling people are rising up in rebellion against increasingly ruthless forms of oppression and exploitation and against state repression. Suffering from the evils of restored capitalism, millions of workers and toiling people in Russia and China aspire to return to the path of socialist revolution and construction. In the centers of world capitalism, people are seeking more radical alternatives after decades upon decades of political rotation of bourgeois parties. In semicolonial and semifeudal countries, workers, peasants and toiling masses are waging all forms of resistance including armed resistance through people’s war.

In the face of widespread social restiveness and political unrest, there is great urgency for the proletarian revolutionaries to take up the cudgels of leadership to rouse the broad masses of toiling people and mobilize them under the red banner of revolution. To do so, it is of crucial importance for proletarian cadres in all countries to firmly grasp Marxism-Leninism-Maoism as guide in forging their own specific programs of action and in planning practical revolutionary activities.

As we mark Engels’ 200th birth anniversary, proletarian revolutionaries draw inspiration from his hard work and dedication to the working class and oppressed peoples. They are ever determined to study Engels’ works alongside those of Marx, Lenin, Mao and other great communist teachers in order to more firmly grasp the ideology of the proletariat, deepen their commitment to the workers and oppressed and exploited classes, more determinedly lead the struggles against imperialism and all forms of reaction and march along the road of democracy and socialist revolution.

Treasure the proletarian theory and revolutionary politics of Friedrich Engels!

Workers and oppressed peoples of the world unite!

March forward along the path of new democratic and socialist revolutions!